Twinning is organized and implemented by:

From the EU member state’s point of view, relevant institution within the framework of its public administration participates in implementation of Twinning project. Project team consists of:

National Contact Points (NCPs), established in all EU member states, have an important role as well. NCP is the central point of communication between the European Commission and the EU member state, as well as between National Contact Points of beneficiary countries and other EU member states. Member state NCP has a central role in promotion and coordination of Twinning project and especially in communication, channelling information in different phases of Twinning project (e.g. it receives and forwards Calls for Twinning Proposals to interested institutions).

Key roles of the European Commission are:

Web site of the European Commission where information on the Twinning instrument can be found: 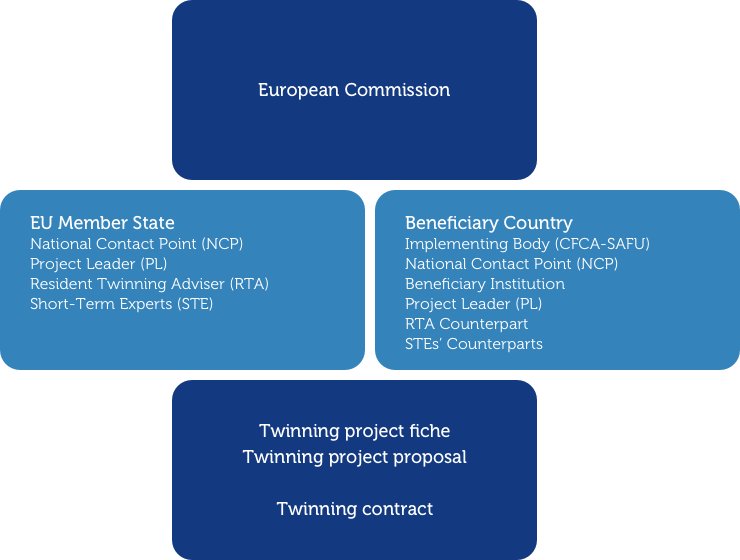 CFCA uses cookies to ensure you the best browsing experience and to help us improve the site. By continuing to browse the site you agree to our use of cookies.

I accept I refuse